"Microaggressions are subtle behaviors or reactions that diminish the recipient in some way."
Tweet 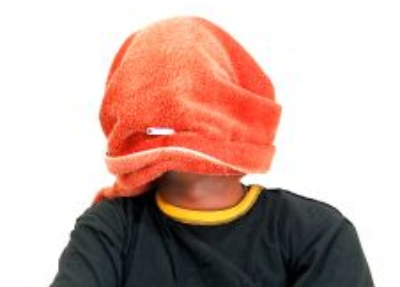 Although overt discrimination such as occupational inequities has been opposed through legislation such as the Americans With Disabilities Act (ADA), these types of microaggressions still plague those with mental illness. Microaggressions are subtle behaviors or reactions that diminish the recipient in some way.

The problem with microaggressions, similar to indirect passive-aggressive behavior, is the behavior is often so subtle that the perpetrator can easily deny the intention or even blame the recipient. Sometimes the perpetrator may even be unaware of their underlying attitudes that are being expressed in this subtle manner. However, the recipient is very much aware of the difference in how they are treated.

Many people with mental illness report that others tend to dismiss their illness or symptoms through minimizing their experience, symptomizing their normal experiences, and patronizing. All of these behaviors show a lack of education and/or understanding of the mental illness.

Minimizing. Often others will minimize the symptoms someone experiences such as believing that because they can function in certain ways the mental illness must not be severe. Frequently, when I've had clients who needed to take a leave of absence from work, they are afraid to be seen in public because others will think they are just playing hooky from work. “I saw her shopping at the mall. She could work!” or “He was out riding a bike. I don't think there's anything wrong with him!”

However, with depression or anxiety a person might look fine on the outside but the pain they're suffering can't be seen. For instance, the treatment for depression is to do normal activities they would usually enjoy but are avoiding, so it actually may be quite hard for them to be in the mall or riding a bike. Yet, if they isolate themselves in their home (or a room) the depression is less likely to improve. A proper response if you see someone who is depressed but doing a pleasant activity is: “It's so good to see you out! I know it must be hard.”

Also, certain triggers could be causing the problem. For instance, that person shopping at the mall may be having a panic attack but is trying to face the anxiety of being around others so that she can return to work. The fear of others minimizing their problems can often prevent people with mental illness from doing the treatment methods that can help them get better. In this instance, not only is she worried about having a panic attack but then she has to be concerned about what others might think.

Even other people with mental illness may not understand and tend to minimize the problem if it is not the same as what they experience. “You can't really be depressed if you are able to work. I couldn't get out of bed or take a shower when I was depressed!” Mental illnesses present in many different ways and just because it might have the same name doesn't mean it will be the same experience.

Symptomizing. Sometimes others will over-interpret normal emotions when someone has mental illness. This can be particularly confusing because it can seem like genuine concern but still leaves the individual feeling frustrated and even doubtful of their own emotions.

For example, someone with depression is grieving the loss of their pet and is cautioned, “You better see your doctor about your depression because it is getting worse.” Or, someone with an anxiety disorder is nervous because of a normal situation such as an upcoming job interview might be told “Oh, no, you're feeling anxious again! Maybe you shouldn't do this interview.”

Patronizing. Sometimes others try to show genuine support but it may appear to be condescending. For the individual with mental illness, it can be unclear whether they are truly trying to be supportive or if it is intended as a put-down. “You are really brave to speak up about your mental illness and not be worried others will see you as weak.” Such a statement could be a back-handed (passive-aggressive) compliment indicating an underlying view of mental illness as weakness.

Assumption of lower intelligence. Many times if others know that someone has mental illness, they will be more solicitous as if they are speaking to someone who has lower intelligence. I've even had clients who reported their health professionals will speak to them as if they were a child—very slowly and deliberately. Or, may convey a sense of irritation with someone who is anxious, “This is a simple procedure! I would be done already if you would stop asking questions!” Of course, this type of response only makes the anxiety worse. It would be better to say, “I know you are anxious. I'll take my time and coach you through it.”

Assumption of incompetence. People with mental illness may be treated as if they are less competent than others. For instance, they may be given work duties that are below their capability: “We don't want to overly stress you.” Although the intention may be to aid the person on the work site, it should be determined by the individual with the mental illness (and their mental health professionals) what they can handle and not handle.

Assumption of not having control. Sometimes others will assume that an individual with mental illness doesn't have the control to function normally. Unfortunately, the most severe cases of mental illness are often most publicized which give people the impression that everyone with mental illness is unable to control their behavior and are unable to participate normally in society.

However, the truth is that most people with mental illness wouldn't even be recognized by others as having a problem unless they shared their experience with others. In fact, many focus on over controlling the mental illness to the extent that it may be harmful for them. For example, a person with depression may work extra hours at work even though other employees refuse to do so because the individual doesn't want to be seen as weak and controlled by the depression. However, this fear prevents that person from taking good care of him or herself and managing stress that could make the depression worse.

As a result of this fear, however, people with mental illness are often shunned or isolated. Unfortunately, such a reaction can cause a worsening of the illness, and for those who may be predisposed to violence, it may contribute to causing the violent reaction. If, as a society, we treated people with mental illness better, we would likely have fewer violent reactions. It is important to think of violence as the interaction of the illness and the environment but not necessarily caused by the illness.

In fact, if we could truly recognize that “it takes a village” we could solve many of the problems with mental illness because the problems aren't due to the mental illness but due to how we treat those with mental illness. For instance, the town of Geel, in Belgium, has been taking in those with schizophrenia for over 700 years. Instead of treating them as “sick” or “crazy,” they have made them valued members of the community. This model has been very effective in helping those with schizophrenia function in productive ways.

I think that the new reality TV fad of using mental illness as entertainment only contributes to this stigma. I understand some people say they are trying to bring attention to the problems. However, when the conversation around the water cooler is “Did you see the show where the hoarder had only a tiny path to move through his home and was even saving bottles of his urine?” the stigma is reinforced by making everyone with mental illness seem odd and very different from others.

Many people with mental illness report being treated as if they don't have the same rights as the dominant (re: “normal”) group of society. Their opinions are ignored as if they were children and not taken into account when making decisions that will affect them. It is as if the “normals” think “We need to take care of them” which may have a good intention but it results in controlling other human beings capable of decision-making. When anyone, even a mental health professional, believes they know what is best for an individual with mental illness, they may not only be wrong but even potentially harmful to the individual.

For instance, those with mental illness know themselves and their reactions better than anyone else. However, frequently they are told they are wrong when they experience an undesirable effect from medication. In this case, the medical professional assumes they know what is best. Or, an individual might be told they have to think in a different way to be acceptable to society. In my practice, I try to validate how people think, yet provide them with an understanding of how that thinking might affect them or their relationships. By doing so, it provides them with a choice. This is how we treat adults in our society--not by telling them what they should do but helping them examine their options.

What Can You Do About Microaggressions?

1) Education. Recognize that microaggressions are often not intentional but are due to a lack of education. When you observe a microaggression, try to educate the person (or the public) about how it impacts someone with mental illness. Even if you believe the behavior is intentional, try to give the person the benefit of the doubt and provide education as a first step.

Unfortunately, even if people aren't intentional in their behavior, they may still react defensively. People don't like to be told they are acting in insensitive ways. Therefore, be careful how you approach someone. For instance, instead of saying “You're shaming me!” say “You might not be aware of this, but when you say I should hide my mental illness, it feels as if I should be ashamed of being mentally ill.

2) Don't personalize. If you discover that someone does have harsh beliefs about mental illness such as believing that you are weak or inferior in some way, recognize that it is not about you. For whatever reason, this person has bigoted beliefs and is not receptive to education, but it doesn't mean such beliefs are truth. Don't doubt yourself just because of someone's demeaning attitudes. It is best to try to dissociate from such people as much as possible and establish relationships with those who are more understanding.

3) Advocacy. If microaggressions are part of an institution, work towards changing the institution. For instance, if a treatment program for mental illness takes away your choice unnecessarily in a way they wouldn't do for those requiring physical treatment, inform them of the discrepancy and how changes could be made.

Copyright © 2015 by Excel At Life, LLC.
Permission to reprint this article for non-commercial use is granted if it includes this entire copyright and an active link.

Analyzing Your Moods, Symptoms, and Events with Excel At Life's Mood Log