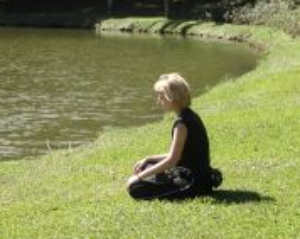 Often, you may hear of the newest method for managing stress and how research shows that it reduces health problems. But what is the best method to use? For instance, I just read about floating in a tank of water with colored lights and bath salts and how it can reduce pain, depression, and anxiety. Although these claims are likely to be true, it doesn't mean this method is better than other methods. Although it may sound pleasant to some, at $50 to $100 a session several times a week it can be costly for most people.

Even though I promote relaxation audios, Qi Gong, and mindfulness, it doesn't mean these methods are any better than other method to manage stress and associated health conditions. What research has shown is that any method that allows us to shift our focus to a present awareness or to the relaxed but awake “alpha state” can benefit our health when we engage in these practices routinely. Read more...

We can't go through life without experiencing regret for decisions we have made. Even not making a decision is a decision (to paraphrase William James, 1842-1910). The emotion of regret is a good example of how emotions are tools that help us cope with life. By listening to the message of regret we can then determine how to best handle a situation.

By examining daily diaries of decision-making researchers determined that people experience regret with about 30% of decisions whereas they predict regret for 70% of their decisions. This high estimate of predicted regret may be an over-estimate of future pain or unhappiness. Nevertheless, attempts to manage or avoid regret are an important part of our daily decision-making (Bjälkebring et al., 2015).

People use a variety of methods to avoid regret which may be more or less effective for making better decisions. When the strategies are a way of coping with regret they can enhance decision-making. However, the following strategies can also be irrational means of avoiding the feeling of regret, in which case, they may negatively impact decision-making. Read more...

Is Being Overweight Healthy? 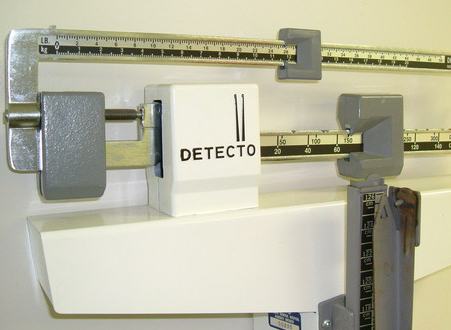 You may have heard about research indicating that those who are overweight are less likely to die than normal-weight people of the same age and gender. Dr. Carl Lavie has written about this in his book “The Obesity Paradox.” However, be cautious about taking this research as permission to overeat and not care about your weight as there are some issues to consider.

First, it is necessary to understand the medical definition of “overweight.” The lay public will often use the term when referring to any level of being over normal weight including those who would be in the category of “severely obese.” However, the medical definition is tied to the body mass index (BMI) and refers to someone who has a BMI in the range of 25 to 25.9 but not those who are above 30 BMI (which is considered obese). Read more...

Assertion 101: Don't Apologize for a Request

Many people are uncomfortable when making a request. As a result, they often apologize when asking for something. However, what is an apology? An apology is an acknowledgement that you have caused offense or made a mistake. If you approach others with an apology then their impression is that you have done something wrong.

Not only that, but others may find an apology associated with a request as annoying. The reason for this is that they have to make the effort to determine what you really mean and/or provide reassurance to you: “No, that's okay...” This often feels like manipulation to other people. Read more... 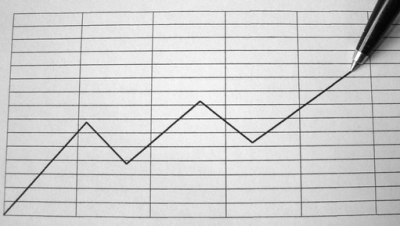 Do you set goals for yourself? How often do you evaluate your current performance against those goals? Research has clearly shown that setting goals improves performance and success. However, setting a goal isn't enough. How often have you seen people set goals to only fail time and time again? Often the problem is they aren't evaluating their current performance against the goal they have set for themselves. As a result they have no way of determining their progress towards the goal which is likely to interfere with achieving the goal. 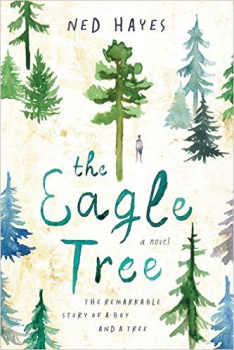 Recently I read a fascinating novel told from the viewpoint of a young man on the autistic spectrum. The Eagle Tree by Ned Hayes is probably as close as someone who is not on the spectrum can describe what it must be like for someone without social understanding to operate in a social world.

In particular, this book made me think about how those on the autistic spectrum deal with loss. I've often seen that they have more trouble than others with the issue of grief. In my opinion their adherence to routines is likely related to this difficulty with grief because change involves loss—loss of the familiar, loss of control, loss of certainty.

I've worked with many people with Asperger's Syndrome, a developmental disorder characterized by poor social learning skills and strong adherence to routine and/or obsessional focus on a particular area of interest, and I think the book came close to what I have experienced in my work. If you read it, though, keep in mind that each individual on the autistic spectrum thinks and acts as differently from one another as the rest of us do. Read more...

My 13-year-old granddaughter expressed distress that she didn't know what she wanted to do with her life. Starting high school, she was required to choose an occupational track that couldn't be changed easily. I was aghast! With everything we know about psychology and development, how can children be expected to make a commitment to a certain occupational field?

We need to teach children how to open themselves up to experiences. In high school, students need to have a variety of courses to help them learn about possibilities. Without such experience young people have less opportunity to find what is satisfying and fulfilling for them. Achieving an occupational identity isn't about having it identified for you at an early age. Nor should it limit you later on.

I didn't know I would be a psychologist in high school. When I didn't want to be a rock musician, I wanted to be a linguist—I wanted to learn languages and be a translator traveling the world. Read more...

Why You Don't Need to Be Happy

We are bombarded daily with messages that we should be happy. Commercials and ads always show people living the good life. Even the health messages we receive are that happiness is associated with better health, both emotional and physical. Such messages teach us that we should be happy. Otherwise, something must be wrong with us and we need to correct it with medication or therapy. As a culture we have come to prize happiness and seek it desperately.

However, the relationship between happiness and health may not be so simple. Researchers Luong and colleagues (2016) found that the relationship depends upon how moods are valued. If someone sees negative moods as valuable too, then lack of happiness is not as likely to affect their health. Read more...

Do You Love Me? Do You REALLY Love Me?

Do you frequently ask those close to you how they really feel about you? Do you sometimes ask so much that others become irritated or frustrated with the question? If you do, then you may engage in excessive reassurance seeking (ERS).

Typically, those with ERS tend to be insecure in their relationships and have a fear of abandonment. Also, ERS has been associated with depression.

But does that mean just because you're flirting with your partner and want to hear reassuring words that you are anxious and insecure in your relationship? Not necessarily. There may be both secure and insecure forms of ERS (Evraire and Dozois, 2014). It depends on why you are asking the question. Read more... 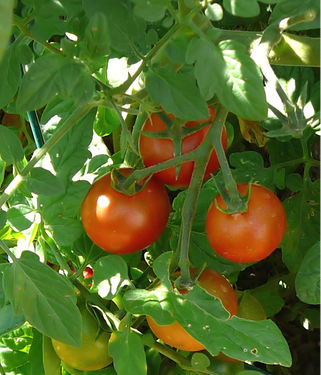 Even though I'm thoroughly acquainted with suburban gardening, I know that when I plant my vegetable garden in a rural area I am likely to encounter different problems. Some of those problems are obvious and some are yet unknown.

“How do we grow anything in this rocky soil?”

“We can make a raised bed and purchase top soil.”

“With a raised bed we need to make it easy to reach all the plants.”

“I hear that planting marigolds around it will help keep rabbits away.”

“But what about all these squirrels, deer, and groundhogs? They love tomatoes, too.” Read more...

When to Forgive Yourself: Self-forgiveness and Responsibility

Self-forgiveness has been shown to contribute to physical health and mental well-being (Davis, et al., 2015). In other words, forgiving yourself is vital to your health. Yet, many people have trouble letting go of mistakes and transgressions they have made.

On the other hand, as with many psychological concepts and research, what is psychologically healthy can vary depending on the situation. For instance, self-forgiveness may be psychologically harmful for addicts and narcissists who forgive themselves too easily. In such cases self-forgiveness is used as a form of denial which prevents a person from resolving the problem and making necessary changes. Instead, they may need to take more responsibility for the problem by acknowledging it more thoroughly.

Self-forgiveness also may not be psychologically healthy if you have not actually committed an offense. Some people, especially those with depression or anxiety, obsess about perceived misdeeds that others wouldn't even give a second thought to. Read more...

Tension: The Worst Thing for Pain

When people are in pain, they tend to tense around the area where they feel the pain. For instance, if a person has a headache, they tend to tense their forehead, neck, and shoulders. The idea is that if they keep the area rigid and don't move, somehow it will help alleviate the pain. What happens, then, is the intended behavior causes the opposite effect. Unfortunately, instead of a decrease in pain, the pain is intensified. Read more...