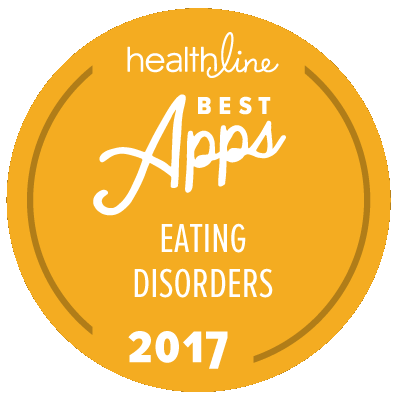 For the fifth year in a row Excel At Life's popular app Cognitive Diary CBT Self-help has been selected by Healthline as one of the Best Eating Disorder Recovery Apps.

Why People Blame Others 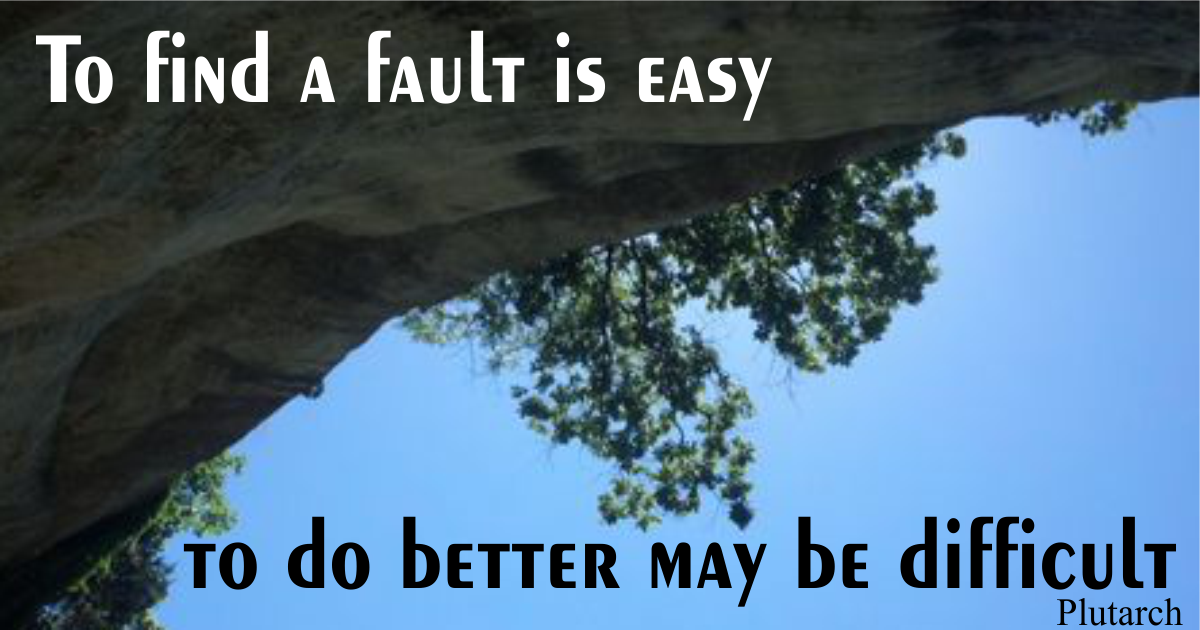 I'm sure you have experienced a situation (or two) when someone's description of a mistake or a disagreement was completely opposite of what you observed or remembered. Perhaps the person even blamed you for something they did.

A classic example is a mother spills the milk while pouring it for her child and yells “Look what you made me do! If you hadn't been distracting me by arguing with your sister, I wouldn't have spilled the milk.” A simple thing, but so many repercussions. She is distorting the situation, not taking responsibility for her own mistake, and blaming the child for something the child didn't do.

Self-esteem is a fragile thing for many people. Instead of being based upon an internal sense of self, it is based on the perceptions and opinions of others. It is based on what a person thinks others would think of them if other people were fully aware of all their thoughts and actions.

Being so fragile, such people need to play tricks on themselves so they can believe they are okay. Instead of accepting their own mistakes, flaws, and imperfections, they focus outward. They blame others or think the world should change to conform with their perceptions and beliefs. And they fully believe they are right. Read more...

Compassion: Selflessness With a Selfish Purpose 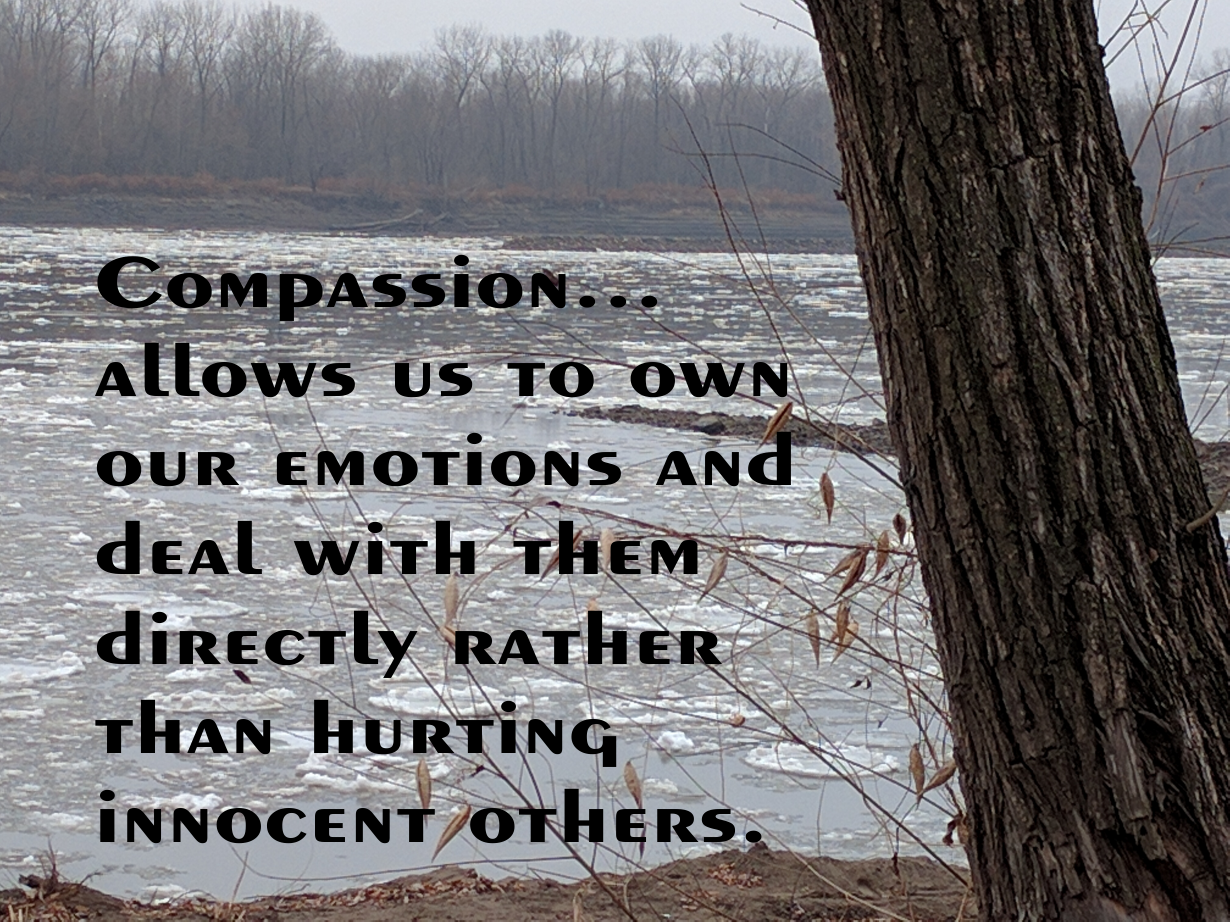 People often misunderstand the concept of compassion. When hurt by others, they believe compassion requires them to love, accept, and understand. They might believe that compassion means turning a blind eye to the painful behavior, forgiving the person, and being kind in return. As such, it seems that compassion means allowing a person to escape the consequences of their behavior.

However, that is not the case. Compassion is about the self, not the other person. In some ways, compassion can be sort of selfish (in a good way). Let me explain further as I sort through this myself. The following is with the knowledge that I probably don't have a full understanding of compassion, but this is my best effort to explain what I do know.

I have a person peripherally in my life (I don't have direct contact with her) who causes harm to people I love. She is hateful, full of venom, and tears down those who are close to her. She tries to make them dependent on her. Then she demands their love and respect. If they don't have the strength to resist, she ensnares them in a trap of fear and despair. Read more... 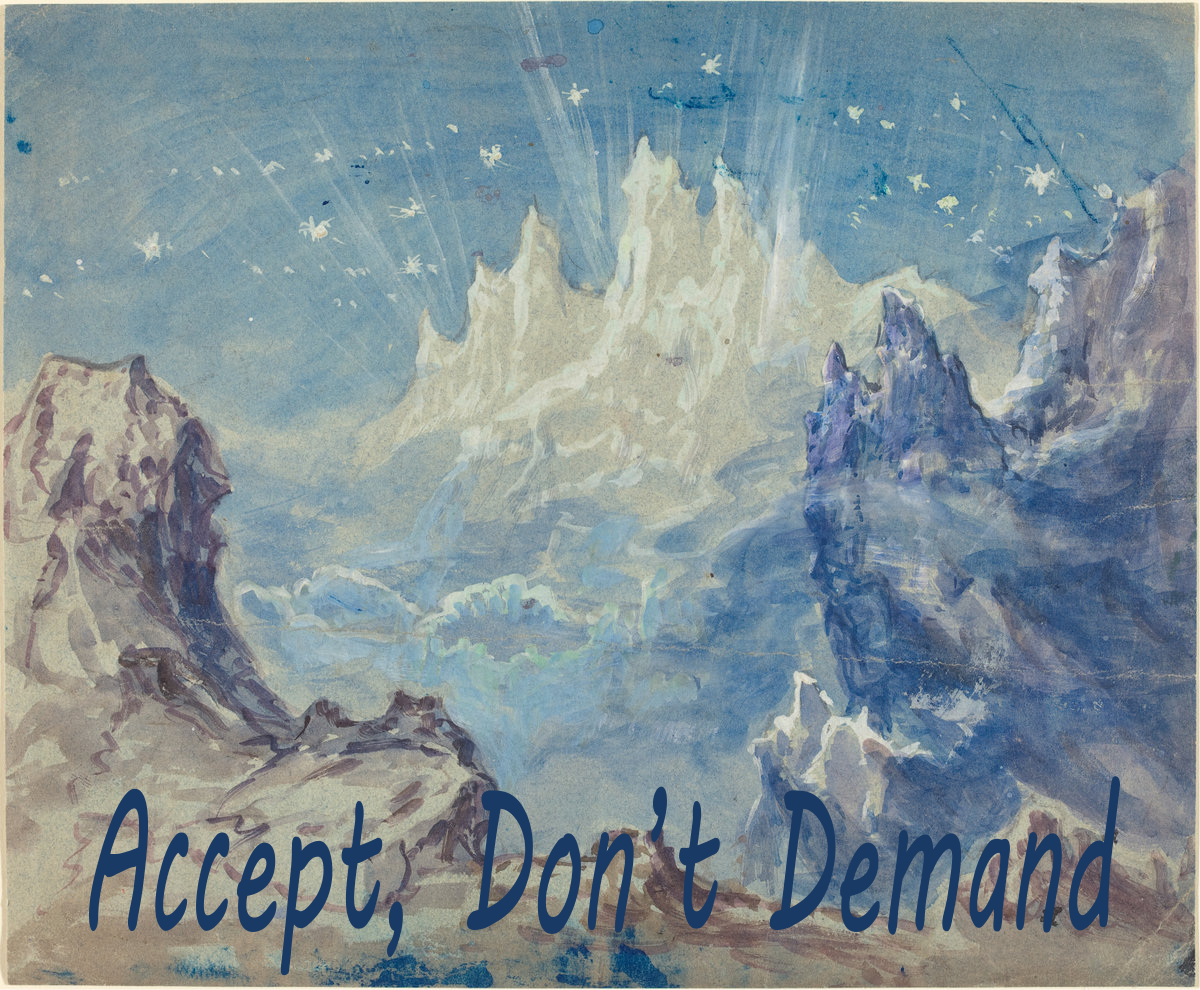 We have so many demands on life, on ourselves, on other people. Everywhere we turn there are expectations and obligations.

Yet, peace is found when we let go of these demands.

That doesn't mean, though, that we can't have goals and desires. It just means we need to keep it in perspective. It means not to be fixated on something as the path to our happiness.

When we believe that happiness can only be achieved in a certain way—acquiring wealth, finding a special partner, having the perfect job—then we are relinquishing our happiness to the control of outside forces or events. A person can even fixate on and demand mindfulness: “If I meditate regularly and am mindful, I will be happy.”

Instead, the only control we truly have is in acceptance. If we accept the way things are, instead of demanding they should be different, we are more likely to find contentment. Read more...

Why a “Good Man” Abuses 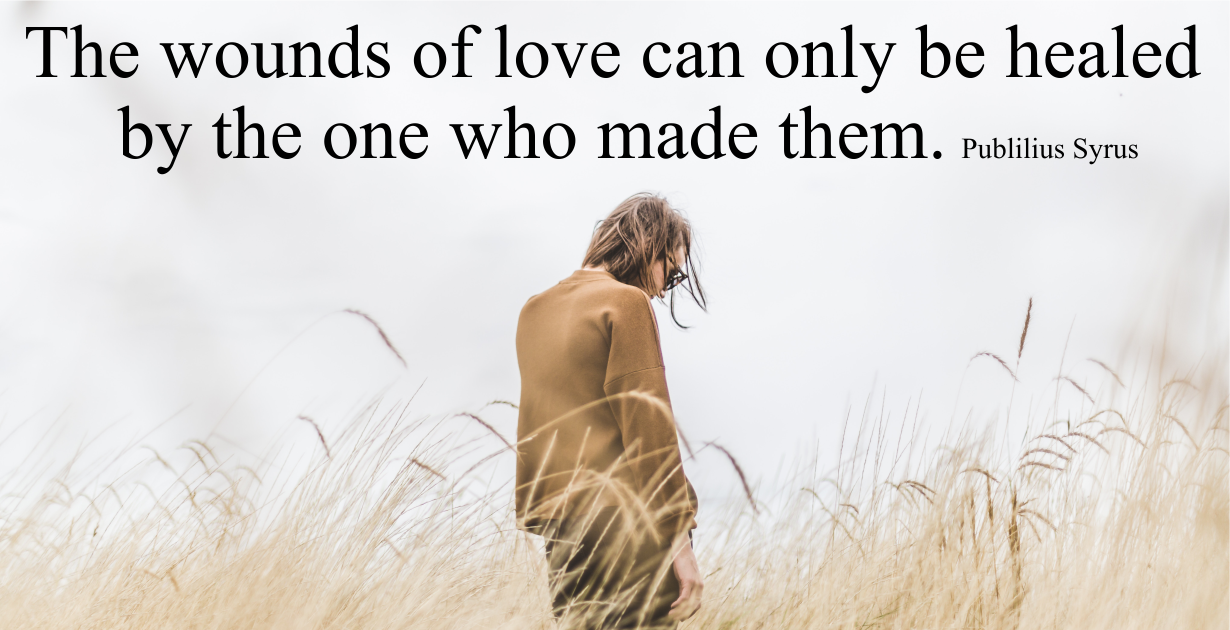 Many times my clients have reported being physically abused by their partners and yet describe the partner as a “good man.” Such a description made it seem as if the client was in denial and tending to ignore the partner's true nature.

However, in some cases, perhaps it is not denial but an understanding of the partner's full nature, the depth of his love but also the emotional turbulence hidden beneath the surface. Of course, this understanding may be the reason many women stay with an abusive partner. They believe that if only they can love him enough, he will come to terms with his emotions and quit being abusive.

In line with the idea that a “good man” can be abusive, research shows that 77% of men who abuse their intimate partner have experienced trauma while 62% report multiple traumas and more than half experienced trauma in childhood. Of those men, as children 14-19% were physically abused, 8% were sexually abused, and 33% witnessed parental aggression (Maguire, et al., 2015; Semiatin, et al., 2016). Many of these men are not bad but are emotionally conflicted and in mental distress because of the trauma in their past. Read more...

Question: How do I respond or defuse the argument when the person won't give me a minute to speak I can't get a single word in edge ways. The PA won't stop screaming and calling me names even though I asked her to give me a moment to respond. No matter how calm I stay she will not stop until I run away from her and leave the premises or if I am on the phone with her I have to put the phone down and unplug or switch off so she can stop calling and screaming at me. Please help, thank you.